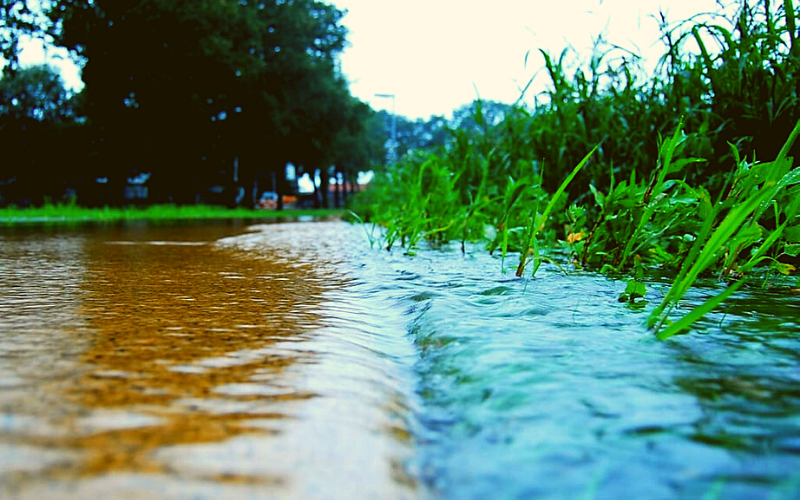 Stormwater is water from precipitation and the melting of ice/snow; it either soaks into bare soil or persists on impervious areas, such as sidewalks or rooftops.

Eventually, stormwater can evaporate from a level surface, but most commonly, it flows as drainage to another area. While runoff flows to a storm drain or surrounding body of water, it picks up contaminants along the way.

This runoff will lead to impairment of stream, floods, pollution, loss of fish and wildlife habitat, soil erosion, and decreased groundwater levels.

Stormwater can be the water flowing from your house’s gutter or garage, and down your driveway. If a home has 2,000 square feet of impervious areas, this is equal to 1,246 gallons of stormwater runoff, which must be managed during a typical rainstorm. That is a lot of water to go elsewhere! Stormwater can also be the running water over a farm field, across a highway.

Stormwater runoff plays a significant part in polluting local water. When the runoff runs into the land, it absorbs toxins and brings them through local waters, such as rivers, rivers, and streams, before eventually finding its way into the ocean.

Several plants serve as filters in a natural network that cleanse pollutants from the water as it percolates through the soil. Contaminants and other debris collect without these natural filters, which are swept into water bodies.

Runoff may also cause erosion and sedimentation by washing away, displacing the soil, and bearing pollutants. It can also trigger localized flooding if storm drains at once drain too much water in. 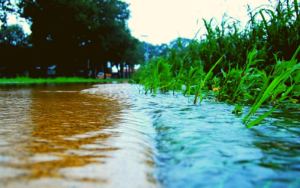 The impact of stormwater

Continuous development across the state greatly leads to the rising impacts of stormwater. For example, the Dallas-Fort Worth area has grown significantly in the last 30 years.

Stormwater runoff from construction sites can result in soil erosion occurring at a rate that is 20 times greater than typical situations of land use. Also, construction disruption can cause erosion to rise by as much as 1,000 times as opposed to soil erosion pre-construction.

This can result in expensive replacements, such as replacement of topsoil, regradation, and reseeding. Runoff can also reach bodies of surface water if it is not managed using best management practices in construction.

Why Georgia Need All Weathered Roads And Driveways?